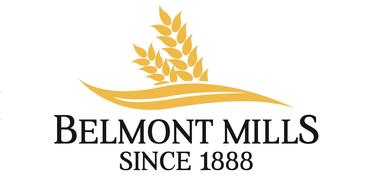 The company known today as Belmont Mills has a long history rooted in family and a tradition of farming. The founding father, John Ira Lewis, farmed the 150 acres of his father’s land in the areas of Goshen, Smith and Richland Townships from 1870 to 1900. He was a shareholder in a company called Stock Co that began in 1888 in the 4-story building that still to this day holds the feed mill. John Ira purchased the Stock Co outright in 1900 and changed the name to Belmont Roller Mill.

Belmont Roller Mill was a flour mill with a capacity of 60 barrels in 24 hours. The flour was shipped mostly east utilizing the railroad that ran directly past the mill. John Ira’s son, Charles Lewis, joined the family business in 1906 and was a part of converting from a flour to a feed mill in 1932. Charles took over ownership with his father’s passing in 1921. Upon returning from WWII in 1945, Charles’ son John I Lewis stepped into a managing role. During this time, the sale of fertilizer was added to the list of products offered. John I Lewis became owner to Belmont Mills in 1950 with the death of Charles Lewis.

The family tradition continued when Robert (Bob) Lewis joined the staff in 1970 followed by his brother, JI Lewis is 1971 (both sons of John I Lewis). Change continued with Belmont Mills becoming a warehouse distributor for Wayne Feed in 1972. Due to the demise of the railroad, a need for transporting product was filled with the addition of the trucking division in 1980. Bob and JI purchased stock to become the owners of Belmont Mills in 1985, with JI running the feed and agricultural arm and Bob managing the trucking and brokerage business.

James Lewis, son of Bob Lewis, returned to Belmont Mills working full-time in the trucking division in 2005. The mill continued to grow with expansion into aggregate sales. James purchased JI’s stock to become the mill’s 5th generation of Lewis leadership in 2011.